HISTORICAL - How you can be too!!

Did you know that the owner of Ka Nani Essentials was involved in the movie industry for a brief period in the late nineties & early two thousands? Yes it is true. She worked on several big productions & have the paychecks to prove it!!! Productions such as:

1. "Touched By An Angel" - Remember that one? CBS Prime Time I believe.

2. "Cover Me" - FBI agent whose whole family gets involved in fighting crime. Aired on USA.

The list goes on, for a bit. My roles - always a nurse or some medical type person, waitress to name a few. Just have the look for that I guess. Boy did I learn a lot in those days!! It was so fascinating to me & because I was not the pushy "Look at me" Type - I was allowed in places that most people are not. Right on the set w/the crew, actors/actresses! How fun :D

(Don't Worry your chance to be Historical is coming up soon!!)

I also made a lot of friends: Not many autographs - but that's ok - I wasn't there for that. I was there to learn, have fun & meet people. And boy did I!

Which is why I am writing you today......because of time spent in the entertainment world - I met alot of special people, people who had integrity, people who are attempting to make a difference in this field, people who cared, PEOPLE who are still close & dear to my heart!

One such person recently found me on Twitter (See the newest Social Media site does bring results!) :D

Laurence N. Kaldor of Kaliber Films, is an amazing individual who despite huge odds has made a name for himself in the entertainment world. For over 17 years - he has worked in almost every capacity of the industry including as an award-winning producer, actor, writer and editor. Working on projects such as "CSI NY" - (my most favorite show!), "Red Lipstick", & "DayDreamer".

So Mr. Kaldor who has made quite a dent in this crazy sometimes wacky business, but I can attest is one of the most down-to-earth, caring, hugest heart on the planet people I know!! Hasn't let his work go to his head (well too much anyway!!) To read more about him go here:


His latest film "Re-Directing Eddie" is causing quite a stir in the world of giving back and is becoming a household name.

"Redirecting Eddie" is an award winning comedy about love, family, and all that can go wrong for a first time director determined not to "sell out" while fighting to get his movie made. The hilarious cast stars Academy Award nominee Valerie Perrine (Lenny, Superman, Slaughter House Five), Jaid Barrymore, (yeah, Drew's mom), Deirdre Imus (Wife of radio shock-jock Don Imus) and features music by international Pop star Cher, with original music by Dannel Vonn Dillon and Kevin Laurence."


What is absolutely great about this film (This is where you get to be HISTORICAL!!!) is that the proceeds from this movie benefit the Children's Cranial Facial Association (helping kids with Cranial Facial abnormalities) and Stumps R Us (providing amputee support and prosthetics to indigent amputees with those donations ear-marked specifically for amputee children.) "Laurence N. Kaldor, the producer spearheading this charity drive is an amputee and recognizes the significance and importance of every amputee child having a functional prosthetic device."

So my questions to you are these:

1. Do you like Good Entertainment? Entertainment that raises consciousness and communicates uplifting ideals to vast audiences, makes you feel good, movitvates you? If so then you won't regret owning this video visit: http://www.redirectingeddie.com/dvd/

2. Would you like to make a difference in someone's life today - but don't think you have alot to do it with? Then for just a little bit of change you can visit: http://www.redirectingeddie.com/dvd/

I am not making a dime from recommending or promoting "Re-Directing Eddie", I'm just helping a really great friend & simply passing along information, as I know that this might be able to help you establish more faith in the Entertainment Industry - as there are more people out there that are trying to do the right thing than you might realize!!

If you feel the need to help or just want an uplifting story to watch(or know someone who does), please visit http://www.redirectingeddie.com/dvd/


Thank you to all my friends & fans that read this & help or not I know that you will do the right thing by passing this on to someone else who might enjoy it! :D

PS - If you really would like to help & just don't have it right now - Please contact me anyway as I have an EXTRA SPECIAL WAY that you can own this DVD & help out at the same time for a limited time only.
Posted by Ka Nani Essentials at 9:46 AM 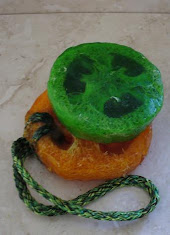